Regalia of the Order

The Regalia for a Knight Templar and a Knight of Malta are very different. Changes in parts of the Regalia occur when a Knight is installed as a Preceptor, is honoured with Provincial or Great Priory rank. These are shown below.

To carry out the responsibilities of the office correctly, it is essential to study the appropriate sections of the Statutes (165 - 194) as they are compulsory, not advisory.

It is important that Knights obtain the items they will need well in advance to ensure that they are available at the required time.

The Warden of Regalia may be able to acquire these items for you or advise you on what you will need.

The following is a general guide for the regalia required:


REGALIA FOR A KNIGHT OF THE ORDER OF THE TEMPLE 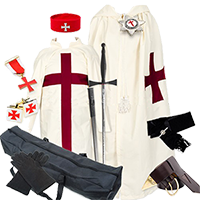 
Changes on becoming a Preceptor


A Preceptor also wears, during the tenure of his Office, a Preceptor’s Cross collar jewel and collarette, and, in his own Preceptory, carries a Baton

Changes on Appointment as a Provincial Officer

Changes on Appointment as a Great Officer

A Prelate, Chaplain and Almoner do not wear a belt, or carry a sword, whilst acting in that office.


REGALIA FOR A KNIGHT OF MALTA 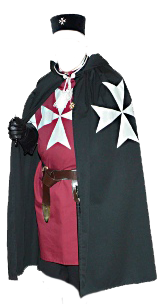 
Changes on becoming a Prior

Changes on Appointment as a Provincial Officer

Changes on Appointment as a Great Officer


Belt & Frog - Must be brown with a brass buckle and tongue
Sword - Specific specifications apply to the Sword, particularly to length of blade (minimum 27”), hilt, and finish
Scabbard – Must be black
Sash – There are many old Provincial and Knight sashes around with a gold fringe, but this fringe can only be worn by a Great Officer

All Jewels, Crosses and Stars, when not worn suspended from the neck, shall be placed upon the left breast of the Tunic, but not upon the Red Cross thereon, nor upon the Sash. 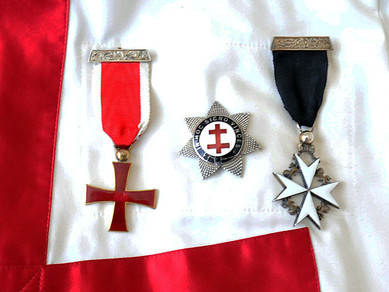 The sash should be worn over the right shoulder and under the left arm, and under the Belt with the fringe lying on the outside of the Sword Scabbard.

Knight Templar mantle badges should be applied in the centre of the red cross. 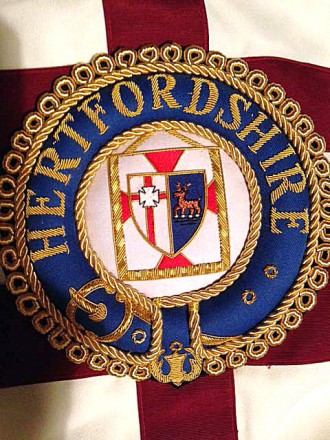 
Knights of Malta mantle badges should be applied above the Malta Cross, central to the upper two arms, with the bottom of the badge level with the line of the tops of the two arms. 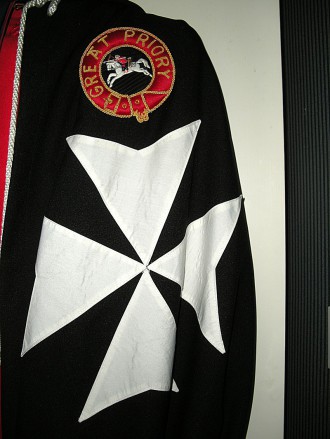 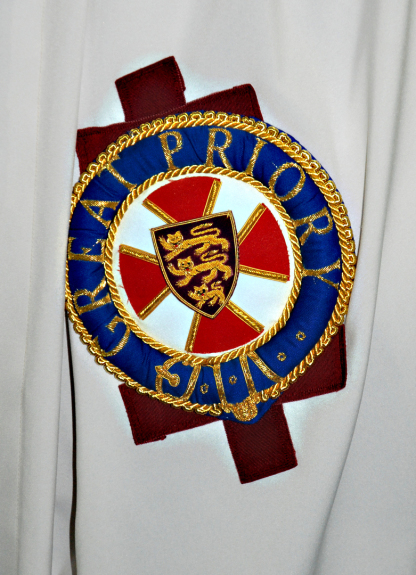